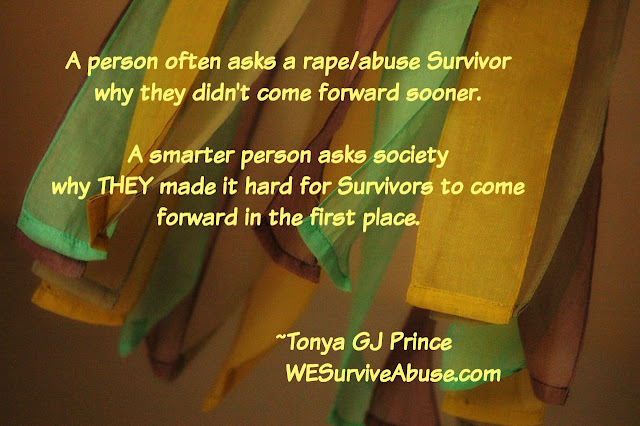 I watched Cosby: The Women Speak. Actually, I recorded it.
This way, if I was triggered I could watch it another time.
But I was in the midst of a writing project.  So, I stopped by  Twitter.
It was like a horrible car accident and I couldn’t look away.
Most of the tweeters were blaming the victims any which way that they could.
Smug and snippy as they wanted to be.
I was so disappointed.  More than that, I was angry.
Too many of them wanted to know why the victims of Bill Cosby didn’t come forward sooner.
Sometimes in life we have our questions backwards or just misdirected.
So when you ask why Survivors don’t come forward sooner, the question isn’t directed at the right people.
In this blog series I would like to explain how society makes it very difficult and dang near impossible for victims of rape/child sexual abuse to come forward and report the crime that has been committed against them.
It may be unintentional.  It may be unavoidable. But society as a whole, makes it difficult for victims/Survivors to come forward.  Then ridicules them (us) for not coming forward with haste. 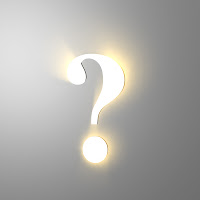 By the way, the correct question is:
Why does society make it so hard for Survivors of rape/child
sexual abuse to come forward?
Oh, let me count the ways:
1. Reporting the fact that someone has raped you is nothing like going to report your car stolen   It usually requires an extensive interview with detectives.   Evidence must be collected.
2. Your entire body is the crime scene.  Everything from your scalp, each and every hair on your body, down to the soles of your feet.
3.  There may be a forensic exam.  In many localities you will be billed for this forensic exam.  Yes, if you live in the state of Louisiana and someone rapes you, you might be billed for it. Sick right?
You might want to check out your own locality to see what the laws are. 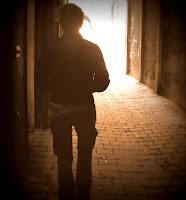 4.  The thing about reporting the crime of rape/child sexual abuse is that the whole process involves more loss.
When you walk into an exam room, you stand over a large sheet of white paper.  First, you take off all of your clothing.  Medical personnel will collect your clothing and anything that shakes loose.  This is now evidence.
5.  The exam may be painful.  Very.  Hair, including pubic hair, is pulled from the root.  Hair is combed through from skin to ends so that evidence can be collected.
Now just think about this.  Someone has invaded your body. Violated it violently.
Even though most medical personnel tends to go about this evidence collection process with great compassion, it is prolonged invasion.
6. Your gender and/or identity is scrutinized.
Ok, so I was watching Laverne Cox Presents: The t Word one morning.
In one story a brave transgender victim of rape walked into a hospital emergency room to get medical aid.  Someone had just raped her.

(Her story begins at 31:18 on the video)
This particular nurse was stuck in a state of ignorance and the victim was denied aid that she deserved.  I’d rather not share the story because Laverne Cox’s documentary is a must see. It is important the original voices tell their own story.
The nurse re-victimized this woman.  I wept for her.
This is how society makes it extremely difficult for victims to come forward.  Most medical personnel work within the confines of the structure that is set up.  Forensic nurses are a true God send.  Nevertheless, the process is horrible.
To be both the crime and the crime scene is agonizing for victims of rape.
Having worked on a crisis hotline, I can tell you that these things are on the minds of victims of rape/child sexual abuse when they call.  Many people (boys/girls/men/women) don’t just pick up the phone and dial 911.
They have friends and family who have gone through this process.  They know the deal.  It terrifies them.  They want the terror to end.  Now!
Why does it take so long for victims to come forward?
I’ve given you 6 reasons.  I have more ready to go.

Before I go, a word to victims:
Advocates always recommend that victims get seen by medical professionals whether or not you plan to press charges.
We do realize that this experience is intrusive, unpleasant, and beyond difficult.
However, medical professionals can discover sexually transmitted infections, injuries, pregnancy and anything else that you need to be aware of.  It often helps to bring someone with you.

The Problem with saying: “That Never Happens”