0
Girlhood Interrupted: The Erasure of Black Girls Childhood from GeorgetownLawChannel
10 Consistent Voting Habits of People Who Genuinely Want to End Sexual Violence
The Pied Piper of R&B RKelly: Black Lives Matter But Not the Girls Though
Follow tonyagjprince & wesurviveabuse

7 embedded thoughts about Black people that impact our experience with sexual violence:

Rape culture harshly blames Black victims for being  who “should have known better, used their street smarts, or just wanted attention/money.”

Black girls, women, boys and men deserve sexual violence.  They somehow “earned” it. Black people are viewed as more overtly sexual and flirtatious.  They attracted it.  They are the “other” people that it happens to.

Rape culture calls for the severe punishment and ostracizing of Black men accused of sexual crimes but places and supports white men who keep rising regardless.

Victims are to be heard and listened to.  We want people to understand that just because someone is “nice, charming, talented,” doesn’t mean that they could not have sexually assaulted.  Holds Black men accountable for dismissed charges, accusations—--while giving awards, opportunities, elected to top offices and leadership positions, and praises to white men where there is direct evidence of sexual violence.

At the 9:45 mark you will hear a woman state that she “needs to be safe” and is therefore voting for Donald Trump; a man accused of rape and sexual violence for decades.

She isn’t alone. This is something that we see across the country. Other women from all walks of life who call for “safety for women and girls”….”safety for children”, throw their votes behind men who have been accused, sometimes proven to have sexually violated others given more power and influence. White women want to feel safe, but vote for white men who can’t go to the local mall because they have been a danger to young girls.

What do these people think that a person who has sexually violated others will do with this power?  Keep them safe?

They will tell you how claims of queer Black people are dismissed, as deserving of the violence for being Black and queer.

They will tell you how allegations of rape by Black sex workers are dismissed and seen as more street smart, incapable of being manipulated by pimps and human traffickers.

They will tell you how allegations of rape against poor Black people are easily dismissed as suffering the consequences of  “not trying hard enough”.

The same energy is kept for Black victims suffering from addiction

…..Black victims serving in the military

When these victims come into contact with white medical professionals, their rights clash with people who have biases against Black people in general.  Rather than admit to ignorance around rape, they stand behind the guard of  “religious beliefs” as reasons to serve Black queer, Black sex workers, as opposed to offering empathy or performing their job duties. They can’t stand people who don’t help themselves or are a burden to the rest of us.

Rape culture erases the trauma of rape at the core of racist institutions and systems like:  slavery, Jim Crow, mass incarceration, and all laws designed to alienate Black fathers from families.

Black athletes, celebrities, and leaders are heavily targeted.  And, when Black people in these positions have been proven to have used their power to sexually assault and harass others….targeting is exactly what they have earned.

Still, other cultures always have their own work to do.  Too often these individuals and media organizations ignore that monuments, buildings, programs, named for people who raped slaves was a part of rape culture and erased the traumatic experiences of slaves and their descendants.

They go on to ignore the sexual violence, traumatic, and deadly treatment of women, people with disabilities, vulnerable men, women, and children during conflict, or war.

When the past that seeps into our present days isn’t being ignored, it is being lightly received. Few feel moved to actually do anything about it or make any changes.

Rape culture decides that Black children don’t know how to behave and require stricter parenting methods. Black children are more likely to suffer under an abusive parent whom others just assume are “strict”.  Inside of Black culture and outside of it, Black children are viewed as being in need of stricter disciplinarians, than their peers because they are assumed to be “bad.”

When some Black children speak about being abused in the home, they are met with accusations that they simply resent stern discipline. These children are accused of attempting to make a strict step-parent go away, go to stay with a more lenient relative, or get out of an upcoming punishment.  In sexual abuse cases, people who want to protect the abuser, accuse the children of making false statements to get rid of a stern parental figure.  The allegation of child sexual abuse is really an act of rebellion.

When rape culture decides that Black children “don’t know how to behave” it also treats boys who sexually assault others as people in need of lifetime incarceration rather than treatment-the way that it does with young white kids.

Rape culture believes that Black men are violent rapists who prey upon naive or overly trusting white girls.  There is a rush to judgment that rides in like a swoosh when it comes to Black men and white women.  In the past, this has led to devastating loss in Black communities.

Lynching, Emitt Till, Scottsboro Boys, Black men serving decades in prison for rapes that they did not commit, and too many local cases of injustice, violence, and torturous death for a mind to take in. Entire towns, neighborhoods, and homes were burned to the ground over one allegation from a white woman who said a Black man looked at her the wrong way.

The people of this country have destroyed the lives of too many a Black person trying to overcome, trying to exist; in the name of “protecting the honor of a white woman.”

All of this in spite of the fact that rape is just like most other crime. It is intra-racial.

Debates over guilt or innocence rage like wildfire amongst members of the Black community. Still, it’s highly unlikely that the Black community as a whole will ever put down the red carpet for someone outside of the community coming for a Black man accused by a white woman.

Then the living tell the tales to mostly Black community and kin.

How the Bureau of Justice Statistics Launched a White Supremacist Meme

***Help a Family Fleeing for Their Safety***

Please help this family fleeing domestic violence in the midst of a pandemic. 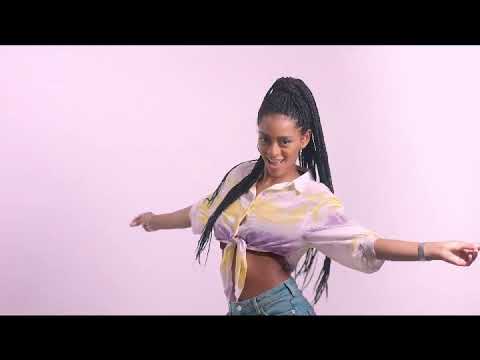 Abuse can be more than broken bones and black eyes. What about the harmful behaviors that aren’t always talked about? Most people know of domestic vio [...]
Read More
Dating Abuse

BY MALLORY BLACKStrongHearts Native Helpline No one expects to find themselves in an abusive relationship. Most relationships begin in a good way with [...]
Read More
Better Health

When you are mindful, you enable yourself to fully live in the moment, and you are thus awake to all you are experiencing. Meditation yields the same [...]
Read More 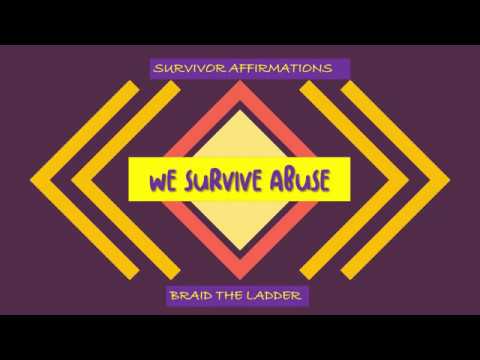 How to Intentionally Relax: 10 Tips (video)

*Next month is child abuse awareness month. Hopefully we can also talk about how some children cope with abuse.  -TGJP Does Your Teenage Child [...]
Read More

How to Intentionally Relax: 10 Tips (video)

“WESurviveAbuse.com was started to keep us all from remaining un-storied.  Our testimonies, lessons, and stories ought to be shared with the world.

This is THAT platform.”