What I Needed To Hear After Being Sexually Abused 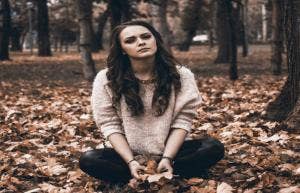 If you’re talking to a sexual assault survivor, here’s how to listen to them and what to say.

With over 26 years of service, Tonya GJ Prince is a leading subject matter expert (SME) in domestic violence and sexual violence. She not only helps victims/Survivors heal, prevent, and overcome domestic and sexual violence; she aids them in helping others. Founder of: WESurviveAbuse.com, SurvivorAffirmations.com, & BraidtheLadder.org Sister Sites SurvivorAffirmations.com WESurviveAbuseBooks.info (free downloads) BraidtheLadder.org SHOP

What is Grooming and What are the Signs | Hands Off Initiative

Grooming as a concept is familiar to a lot of people, though they have never consciously defined it as grooming. In her 2017 article for...

Authorities told the victim the man made a 'drunken mistake' and denied to press charges. Source: Rape charges dropped because...

Does it Look Like Women Have Money, Time, Energy, & Safe Spaces to Spare? Vol. 1

No Means No Worldwide: Decreasing Rape by 50%