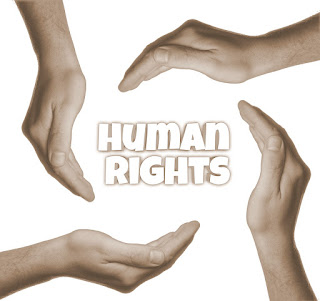 There are some ardent supporters of 2016 Presidential Candidate Bernie Sanders to  whom the Black Lives Matters movement owes a debt of gratitude to.

Unfortunately, it isn’t for the reasons that you might be happy about.  If you weren’t online this Saturday evening through Sunday evening you were not aware that there was an online riot of sorts on Twitter.
Friendly Fire

I still can’t gather all the details of the event because while many of us were trying to gather details we were being pelted with hot anger faster than we could even refresh the page.  Many of us didn’t even know who these two persons were.

We weren’t all apologetic, but we did want to know the facts.  Some black twitter folks started off on the side of the white progressives.  There were even formal apologies posted, but it wasn’t enough.  The people who had called themselves our “allies” were attacking us as if we were their enemies.
At first some folks understood. Some of us have felt a sense of disillusionment in our own fights for justice and equality.  I thought back to just one of mine out of many.
Oh, You Mean Like that Time When…..

Years ago I worked as a domestic violence advocate.  Part of my job was to respond immediately to the county courthouse to assist victims who were filing for emergency protective orders.
One day I encountered a woman who appeared extremely distraught and disheveled.  On sight, I dashed around the corner to grab her a cup of cool water from the dispenser.  When it seemed that she was more present in the moment, I gently introduced myself and the agency that I was from.

She looked me directly in the eyes.  Actually, it was for the first time.  Until that moment, I hadn’t even realized that.
She looked me up and down very slowly from the soles of my shoes to the top of my head.  And then I recognized her look.

Her nose suddenly flared a bit.  The size of her eyes changed. And she literally drew back from me, just a bit though.  Simultaneously, she tightened her grip on the purse that she was holding on her lap.
In fact, when she did, she dropped the papers that she was holding. I leaned down to pick them up for her. All the while I could feel her staring through me the entire time.

I think that is when I wondered whether or not she was struggling with a mental health issue or something I was even more familiar with.
Finally the woman spoke, “Oh my God, I am white trash!”
As if it was okay for me to get her water, but not for me to serve her in a social service capacity.
I sat there for only a few seconds so that we could both, adjust.  As she continued to react to the moment it became clear that the issue that she was struggling with, was racism. And of course shame over being in this circumstance.
Later, I asked the court staff, whether she knew I was coming.  With baffled looks the staff responded, “You know that we always ask them (victims) whether they want to talk to someone.”

So yes, she knew I was coming she just didn’t know that I was coming.
My husband’s mouth fell open when I told him this story.  He wondered if I got up and left.  No.  I advocated for her as diligently as I advocated for every other victim.
But Why?

What propelled me forward is my dedication to her safety and freedom from domestic violence, the mission of our organization.  The mission of the entire global violence against women movement.   I remain committed to that.

It wasn’t like it was the first time.  How many people do you think that I served that clearly had a strong dislike for most black people, except me at that moment?
Why continue?  I wasn’t there to work on issues of race with people that we served.  I was there to assist in whatever way that I was capable, to help with the struggle against domestic & sexual violence.  The end.
Perhaps the Creator will have someone else to come along and help her deal with her issues around race but that was not my assignment.  Maybe, maybe not.  It isn’t my call.
Not Surprised, Disappointed 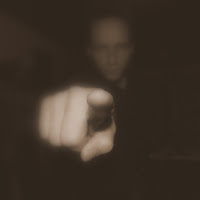 So this past weekend, I was thoroughly disappointed that progressives and liberals decided to essentially “scold” the entire Black Lives Matter movement over an incident that happened at the Bernie Sanders rally.  Supporters of Bernie Sanders surged onto Twitter using the Black Lives Matter hashtag and had an online riot against us.
Insults about the looks of the African American women were thrown.  Comparisons of black people were made to animals by white “allies”.  White progressives were saying that after that isolated event they couldn’t support the entire movement anymore.
I’m so sorry to say that in the midst of the fast moving drama I allowed my own emotions to take over. I had my own unreasonable exchanges with “allies” before I finally realized that the act of that was well, unreasonable.
All of this in the midst of the black community waking to the death of another death at the hands of police.  AND on the eve of the one year anniversary of the death of Mike Brown and the Ferguson riots.

Oh, it wasn’t that I was surprised. I’ve seen this in real life. Many of us have.  Happens any day that ends in the letter “y”.

Our lives are in danger.  This wasn’t even close to hurting our feelings. It was just disappointing because of who it was coming from.
20/20 Vision

Well, at least, now many of us, we were very clear.  We knew then that to many of these white “allies”; the same people who throw verbal rocks at conservatives and the GOP for being “racist”, “misogynists”, and “woman hating”, at the very least have racist tendencies themselves.
To these so-called “allies”, Black Lives Matter is some trend.  A cute souvenir T-shirt they will come across later to remind them of these days.  Who told them that?
So, “allies”, if what you are telling us is that if there are rough times or people don’t act like the “good black people” that you want us to be, then you want nothing to do with Black Lives Matter?  Even further, you will trash it every chance you get.  Then I personally hope that you find the exit immediately if not sooner.
Fighting for justice of any sort is not for the faint of heart, the folks who say they are “allies” but act more like your “owners”, or the quick quitters.  I’ve been in the fight for sexual and domestic violence for decades and ain’t one day been easy or fully agreeable amongst all parties. Not a one. 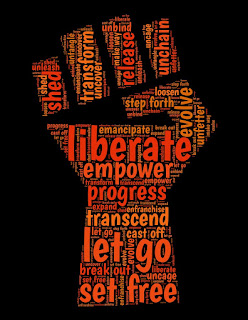 Black Lives Matter may be relatively new but the fight against racism is not.  Most black people have a knowledge of our culture that isn’t taught in any American textbook.  This fight goes back to organized uprisings on the ships that brought black people to this stolen land.
The Civil Rights Movement of the 1960’s was an era of the fight.  Black Lives Matter is a new era in the fight.   Make no mistake, though, the entire black fight has inspired and educated other people in their own struggles and that legacy continues.
I could see this as a bad thing.  My experience tells me that this is a good thing.  Some “allies” will grow from this. But, then again, some will just go.  Whatever direction they move in, It’s all good.   WE Shall Overcome!