“The Hardest Story I Have Ever Done”: Autobiographical Comics Illustrated by Sexual Abuse and Harassment Survivors

“She Said, He Said” by Miriam Libicki (all images provided by Abrams ComicArts)

For the majority of the three-page comic “She Said, He Said,” Israeli-Canadian graphic novelist Miriam Libicki frames an incident of harassment through an online conversation with a female friend, superimposing the textual exchange over images of a cab driver’s unwanted advances. Throughout, the friend acts as a supportive entity, providing a sounding board for Libicki’s feelings of regret, frustration, and shame. Conversely, when the artist later recounts the event to a male friend, she is met with a series of microaggressions and emojis. Here, she depicts herself with eyes closed, the sheer exhaustion of recounting an emotionally difficult story inscribed on her face.

Libicki’s layered retellings are one of the varied narrative strategies mobilized to interpret traumatic memory in Drawing Power: Women’s Stories of Sexual Violence, Harassment, and Survival, a comics anthology featuring the work of more than 60 artists. Although the organization of Drawing Power was sparked by the #MeToo movement, it follows a diverse history of primarily women comic artists and authors realizing traumatic autobiography via graphic narrative, including Alison Bechdel, Marjane Satrapi, Ellen Forney, and Thi Bui. In Graphic Women: Life Narrative & Contemporary Comics (2010), Hilary L. Chute argues that comics and graphic novels are a particularly fruitful medium as an autobiographical model due to its dialectic visual-verbal form, which, by its very design, can be a powerful tool for self-representation and (re)imagining trauma.

The artists represented in this volume bear witness to their own histories: while some maintain a realist, “straightforward” style of testimony, others employ methods of creative license to convey the lasting psychological effects of sexual violence, such as dissociation and anxiety. In “Borders Broken, Edges Blurred,” Sabba Khan recounts a phone conversation when a “faceless sister” confesses to multiple incidents of abuse within the home. A second generation Pakistani Muslim living in London, Khan highlights the joyful intimacy of their tightknit community before the first violation, drawing an open, fluid side section of her multistory house populated by many figures. Later, Khan creates a brick barricade around her “sister” (blood-related or otherwise), materializing the isolation this unnamed woman faced after she confided in her family. As the comic progresses, the walls shift in size and shape, growing larger and more dominant. By the end, it has transformed into a lived-in space, weeds sprouting in the crevices, its anonymous occupant huddled in the curves of its decay.

“Destroy Everything You Touch” by Rachel Ang

In “Destroy Everything You Touch,” Australian comic artist Rachel Ang similarly explores visual metaphor while recalling a sexually and psychologically abusive relationship she endured as a teenager, revealing a staggering depth of emotional complexity. Using expressive, sometimes jagged pen strokes against background pools of black ink, she exposes her visceral rage, fear of retribution, and ambivalence about reliving her pain publically through creating autobiographical comics. In a particularly poignant panel of the comic, Ang depicts her present-day self physically embracing her younger self, a compassionate act of self-acceptance that is echoed in several other contributions in the anthology.

Ang’s ambivalence toward autobiographical comics is amplified in Jennifer Camper’s “Noncompliant,” or, as she described it at an event, “A comic about why I don’t want to do this comic.” (Camper also suggested that editor and contributor Diane Noomin rejected a more fictionalized draft she submitted. When reached for comment, Noomin stated that she requested the comics be told exclusively from a first-person perspective in solidarity with “the weight of truth-telling that is connected to #MeToo.”) In the second panel, Camper affirms that she actively avoids autobiographical narrative in her work. However, she then goes on to reluctantly outline the harassment she has survived, ranging from angry catcalls to terrifying acts of homophobia. In the final panel of the comic, she illustrates her hand painting only the first two panels, duplicating her statement for preferring fiction. In this way, she literally seals off the possibility of revisiting her trauma in comic form again, underlying her “noncompliance.”

Camper’s addition to the volume hints at a contingent of women artists who experience conflicting feelings or even defiance against the expectation to make themselves vulnerable and unstitch wounds that might have otherwise been left undisturbed. In 2017, a group of five cartoonists addressed these concerns on the Nib under the header “I’m Tired of Performing Trauma,” pointing to the stubborn pervasiveness of systemic rape culture, the impossibility of being a perfect witness, and the anguish of remembering. This is not to erase the bravery of the artists in Drawing Power who excavated their memories, achieving agency while refuting the culture of silence surrounding sexual violence and harassment. However, as Noomin states in the preface, many contributors told her, “This is the hardest story I have ever done.” While this is construed as necessary truth-telling, perhaps women comic artists, illustrators, and graphic novelists should be released from the obligation of using their creative talents to relive difficult stories.

Drawing Power: Women’s Stories of Sexual Violence, Harassment, and Survival, is edited by Diane Noomin with an introduction by Roxane Gay, published by Abrams ComicArts. 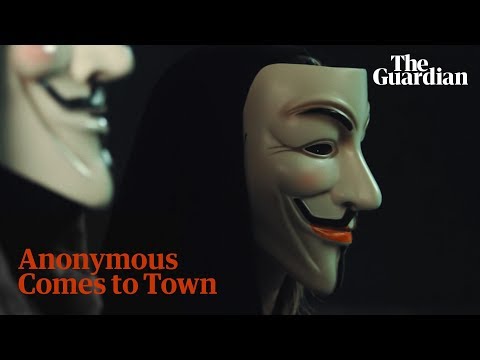