Surviving Abuse Daily: About This Blaming Black Women for Violence Against Them

Tis the season for people to blame Black independent, sex-positive, happy, Black women for the violence and abuse perpetrated against them.

Avoid being fooled by ppl who want to make violence against Black women an issue of:

These things may make less secure men feel better but they ARE NOT the end all be all of safety tips. They do not guarantee ANY girl or woman safety.

This song has been sung all around the world since just after the beginning of time. Throughout that time there have been women who have exercised their right to be all of these things. At once.  And none of it stopped them from being whipped, tortured, raped, abused, tortured, set on fire, stabbed, gunned down.

Heck, alongside their children even if they were his children.

It would then stand to reason that women ARE NOT being whipped, tortured, raped, abused, tortured, set on fire, stabbed, and gunned down because they fail to choose the right man and/or remain modest, silent, visible, submissive, and demure.

Violence against women is a global epidemic that gets worse during times of crisis.
(Ex: Around the entire globe, domestic violence has dramatically increased during this pandemic)

It’s how many Black people knew that the Black mortality rate had everything to do with racism in healthcare and other systems long before the very first study on the issue.

Violence against women is a systemic, man-made, man upheld epidemic.

It is not a virus.

We don’t need anyone to develop a vaccine nor anti-dote.

Our thoughts, prayers, solidarity, and protests are with Megan Thee Stallion. The violence against her was not her fault and she did NOTHING to deserve it.

There is a lot of positivity being latent in this world and we have to do everything to get it out in the open. Positive affirmations are one such thi [...]
Read More 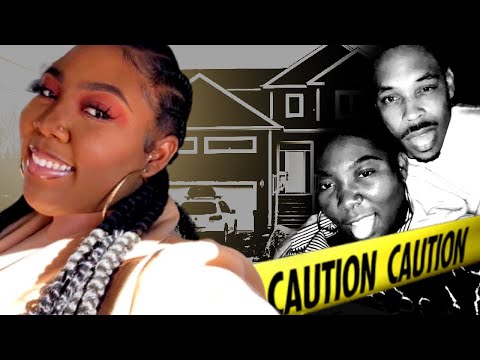 28 YR OLD YOUTUBER FOUND IN THE TRUNK OF HER CAR | BRIANA J. STORY

How to Start a Political Blog, 5 Easy Ways

Surviving trauma offers unique lessons, perspective, and wisdom about a lot of aspects of life. You learn ways to make it through what seems unsurviva [...]
Read More
Affirmations

Despite being one of largest demographics in the world society, black men are often subjected to different forms of difficulties and negativities. The [...]
Read More
Harmful Connections

How To Release and Reprogram Toxic Shame from ThriverTV

Toxic shame creeps into your being when you’ve been narcissistically abused. You may suffer from the shame of having gotten it all wrong or because yo [...]
Read More
BUY NOW

Protect Your Body of Visual Work with Watermarkly