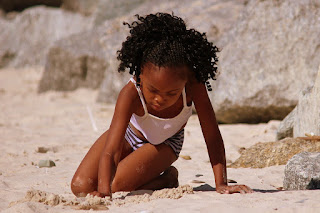 Tonya GJ Prince
Last update: Aug. 18, 2015
I surprise people sometimes.
People are often surprised at how different I can be in social situations.
In real life, I have been known to be so quiet in a room filled with people that others have told me that they were uncomfortable.
Look, I’m just an introvert.
For a lot of introverts, the real party is always in our heads.
This summer a fellow child sexual abuse prevention activist was reading something that I wrote and asked, “How can you be so bold like that?”
We laughed, for reasons.
I told her what I tell you.
Folks spew ignorance, or hate, or vulgarity with a wicked boldness.
They just put that mess on full display like a trophy to be proud of.
I was raised to believe that if you want to change anything, you have to be willing to speak as boldly as those who choose to be loud and wrong.
Case in point: 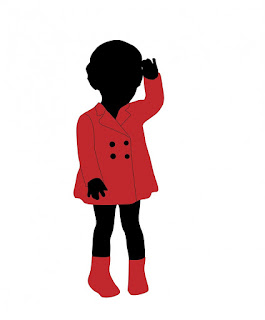 I don’t even want to repeat it. I will include a link here.

Something was said about Beyonce and Jay Z’s three-year-old daughter, Blue Ivy that was evil.  It involved sexual abuse.
See, what I’m saying.

Someone thought of the gross line, wrote it down, and then it was put into a script. Gross line was then streamed for all of the world to see.
LOUD and WRONG!
Many people saw this hideous gag reflex inducing line written down on paper before it was uttered.  Some folks screened the phlegm like material before the general public saw it.  And then in spite of  all of those folks, it went forward to be streamed into households where mostly humans reside.
At the time of this writing, which is one full week later, no one has uttered an apology.
“Oops”.
“My bad”.
Or even a, “How did that get in there? That was the first take. Then we figured out that there was carbon monoxide leaking into the room.”
So, as far as we know everyone is standing by the line. Hmph.
So for future reference to everyone, child sexual abuse and rape are never funny. NEVER!
What I want to know is, how can anyone even voluntarily want to think that way?
What does race have to do with this? 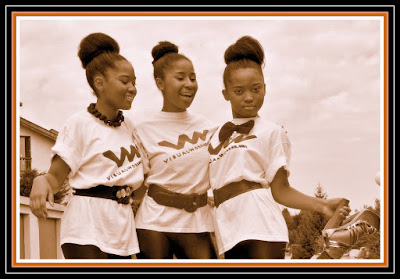 1. Just last week I shared a the link to the findings of a recent study conducted by the Center for Intersectionality and Social Policy Studies, African American Policy Forum.
Black Girls Matter: Pushed Out, Overpoliced, and Underprotected
Among the findings, school-age black girls experience a high incidence of interpersonal violence.
I can tell you from experience that many of these girls would never consider the pursuit of “justice”.

Younger and younger now it seems, that young black girls get hit early with the pressure to cast their vote in society for the supporting black/Native/Latino/white/Asian males vs. girls/women.
From my own work with a groups of teen girls throughout the state of Virginia and in Baltimore, MD  I can tell you that by the time that many black girls are teens they have already picked a team.  When someone rapes another woman, they have no problem telling you that
“she was stupid”,

or declaring that “he wouldn’t rape anybody!” (Whether or not they actually even know the “he” is beside the point.)
So naïve was I the first time that I was actually standing in front of these young people thinking, “So, they don’t show those after-school specials anymore?  You know, the ones that teach you about social issues like suicide, drugs, rape, …….? No?”
Nope.  The young people are learning exactly what we are teaching them. People don’t care about girls who are sexually violated. And they couldn’t care less about brown girls who are sexually violated.
2. 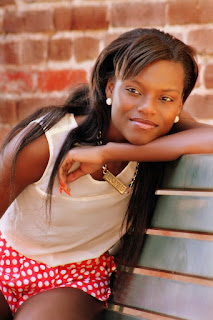 The week before that I shared findings from this study:


The Sex Abuse to Prison Pipeline: How Girls of Color are Unjustly Arrested and Incarcerated
If a young girl has a history of sexual abuse, she is far more likely to be detained at some point in her life.   Did you know that girls aren’t often arrested for violent offenses?
Their “offenses” tend to be non-violent.  You might even read in the first study that girls tend to act out when they are suffering.
Sexual abuse can change a girl’s behavior.
I recall as a kid. In my neighborhood, a young promiscuous girl was labeled “fast”.  “Fast” girls were shunned, shamed, and discarded from respectable people.  And, they weren’t ever anyone’s girlfriend.
I’ll never forget the first time that I realized that one of those “fast” girls that I despised because she was mean to me, was actually a victim of child sexual abuse. Oh.
But there is little empathy and compassion being extended to these young ladies. So when these girls run away from home, skip school, curse, yell, or hang around people who seem to pay attention to them, they do not pass therapists, advocates, or court appointed attorneys.
They get sent to detention/jail.
And the tearing down of a life continues.  I have facilitated many support groups over the years.  My highest attendance came from the women incarcerated at the city jail. Almost all of the women had been sexually violated at some time in their early years.
3. 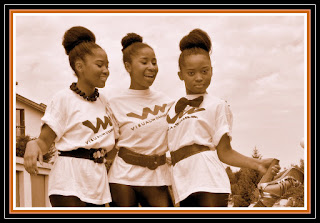 I will leave this here for those who choose to care.

If show business professionals felt comfortable saying these ugly things in public, on a show that streams into households where mostly humans reside about the precious three-year-old daughter of such an influential, powerful, well-connected, and rich couple;
what do think has happened or is happening to
Keisha,
Shaunta,
Tamika,
Towanda,
Tonya,
or Sandra?
It is so simple.  Just remember these words:

Sexual violence; ain’t nothing funny about it.
Never…..ever…….ever.