Are We Going to Leave Child Sexual Abuse Out of the Hip Hop History Books or Nah? by Tonya GJ Prince with Daniel Johnson 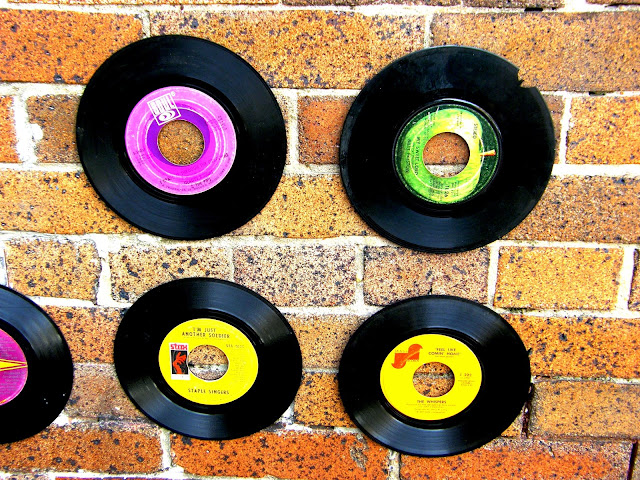 The early 80’s. I was in elementary school.

Rap was newish to those of us in central Virginia.

And, our parents hated it.

Back then corporations knew kids didn’t have a dime.  None of that coddling broke kids stuff.  Black radio played a few rap songs during certain times only.

We dealt with it.

He was either carrying around the chimp or Webster so that was visually entertaining. It still wasn’t rap.

Rap was something……new. We had never heard this before.

Most of our parents were hoping that we would stick to the wholesome family acts like Debarge, The Jets, Five Star, or any Jackson on the radio.

My mom was like some of the other moms.  She was encouraging me listening to Menudo because I was about to take Spanish classes.

You get it, anything but rap!

How this Civil War was Lost 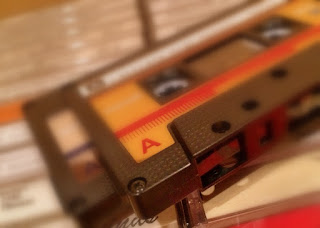 Once we had the freedom and independence to listen to our own music far away from their living room stereos, it was a wrap!

It wasn’t all fun though.

Turns out that there was child rape going on.
My reader’s know it was going on with me. Sadly.

And sadly, it has been alleged by many now adult men that one of the pioneers of hip hip was sexually abusing young boys. 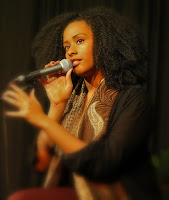 Hip hop has always confronted issues other genres have been far more timid about.

BUT…..child sexual abuse is NOT among them.

Over the last few months, hip hop has been publicly impacted by revelations of child sexual abuse.

I am glad that there have been so many brave Survivors and wordsmiths available to speak on this issue.

Though, the opinions expressed in the piece below by writer Daniel Johnson don’t completely jive with mine I am a fan his writing.

I think he makes a lot of solid points. I am no friend to people who prey on vulnerable children nor those who side with them or stay in silence with them.

On all of those things, we definitely agree!

Besides that is the spirit of hip-hop.

What always intrigued me was that a group of talented flow artists could get together and express different opinions on one track.

It went against the traditional one singer, one voice, one message format.  Even if add more voices they sing back up to the lead singer.

Nope. You can have different opinions on one track. 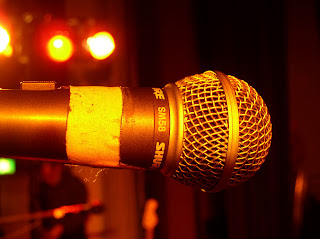 “That’s that man’s business” and other foolishness

KRS-ONE finally responded to the swirling conversation around Afrika Baambataa (at this point, I don’t care if I misspelled his name, that bastard) and the molestation/rape charges that three more men leveled at Afrika and the statement put forth by Rosa Clemente and others, charging that the elders of hip-hop reckon with the attitudes that develop a rape culture. 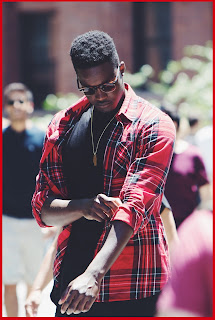 KRS is indeed one of the elder statesmen of hip-hop, and his statement that the allegations surrounding Afrika are essentially none of his business and he does not care are the kinds of statements that summarily describe the reasons that Rosa Clemente and other activists are calling for accountability from these men in presumed authority positions.

Had KRS a spine, he would have in no uncertain terms indicated both his displeasure and his wish that hip hop grow up and out of the ideals which created the environment which lead these men to stay silent for years, but KRS doesn’t have one. 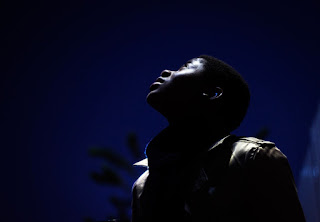 This idea that societal issues are none of your concern while one of your homeboys (allegedly) stole the innocence of (at least) three young men rings of hypocrisy when it comes from the mouth of a person who has spent the better part of 40 years regarded as a “conscious rapper” but I guess conscious only means conspiracy theorist who upholds rape culture when confronted about it.

I suppose conscious only means that he’s aware to a certain extent, but anything after that, and he can’t be bothered to understand it.

I guess conscious means that his positions favor Black men and Black men only.

By Black men I mean straight Black men, because the only way to be conscious is to be consumed with the idea that real men conform to a rigidly defined masculinity. KRS’s lack of a stance against the homophobia which likely lead Afrika to abuse these young men is quite telling in a genre which heavily polices sexuality to the point to where rappers like Young Thug are scrutinized as though being a gay rapper is counter to masculinity, as though gay men are incapable of being masculine, as though masculinity only presents itself in a certain packaging. 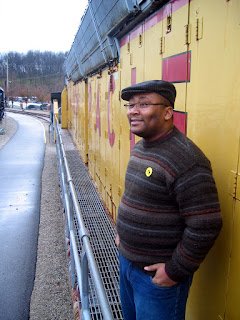 That is the central issue with hip hop in general, hip-hop operates out of the same paradigm which creates the Bill Cosby conspiracy theories and accuses nearly 60 women of colluding to ruin a pillar of Black culture.

It accuses these women of being agents of White Supremacy which one, shows a complete lack of understanding of how White Supremacy functions and two, it is inherently anti-woman, positioning them as the enemy.

Coincidentally, KRS’s own literal track record shows that he at different points in his career actually considered underage girls to be his enemy with lyrics that hint at pedophilia, so with that information, it becomes much less surprising that he would defend Afrika with such a weak defense.

He makes the fallacious argument that Afrika’s transgressions are similar to shady dudes in the hood with warrants and sketchy characters, which is not only flat out ridiculous but it completely excuses Afrika’s role in the rape and molestation of innocent young men who were so deeply impacted that they did not report for years, possibly out of a fear of retaliation from Afrika’s industry friends, which given KRS’s response is an entirely believable outcome.If you are asked a question about sexual abuse and your response is basically “It’s none of my business” then you are an accomplice to the crime, because you refuse to hold “your mans” accountable for his actions, for his violations, for his rape of innocents. –Daniel Johnson 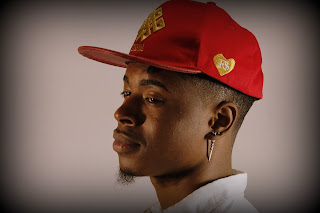 Hip hop cultivates this image of authenticity and pulling cards and “no fronting” but when one of its elder statesmen is accused of these things and there is zero talk of accountability, then what becomes clear is this “conscious” label is just another way to sell a product to people, and you don’t care about upholding any kind of moral code. 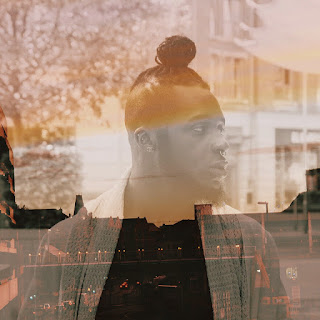 If you did, you would call out Afrika for his bulls&#@ and hold him accountable. Instead you stand by on the sidelines with your hands in your pockets and take the coward’s way out, silence in the face of accountability.

This clearly illustrates the deep need for not only accountability, but the need for feminism to take root not only in hip hop, but in any space which is heavily populated by Black men.

Feminism would help Black men understand that rape culture is not just a buzzword that is applicable when the victims are women, but that the general culture of homophobia cultivated by hip hop has created a monster which needs to be put down.

Feminism would help Black men not discount the credible and necessary criticism of groups led by women which say that hip hop in general silences women and relegates them to a sideline role.

Feminism would help Black men deal with the expansion of consciousness to include the struggles of Black women in the music of hip hop, and eventually deal with the hyper masculinization that drives it in the wrong direction.

Hip hop is a reflection of the culture that spawned it, and it is a culture that desperately needs to embrace Feminism so that it does not get lost in the new wave of activism that does not care for limiting the identities which speak for it.

Otherwise, every time there is a scandal and the old heads have to speak, they will continue to embarrass themselves with the ways which need to be eliminated. 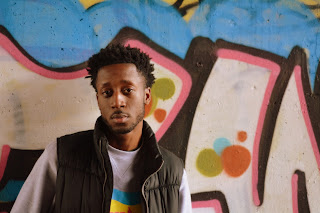 No more of this “That’s that man’s business” nonsense, instead, take a stand for the oppressed and call out the bullshit where you see it, you know, if hip hop still has that in its DNA.

Daniel Johnson: I write things, sometimes they go viral, sometimes they sit in obscurity, and I’m okay with either. Creator and Editor of https://medium.com/protest-literature

Alright, you know how WE do.
Discuss with respect.

ACKNOWLEDGEMENT: The evil that is sexual violence lurks in all genres of music. It has been documented in biographies, autobiographies, documentaries, and oral histories dating back for generations. 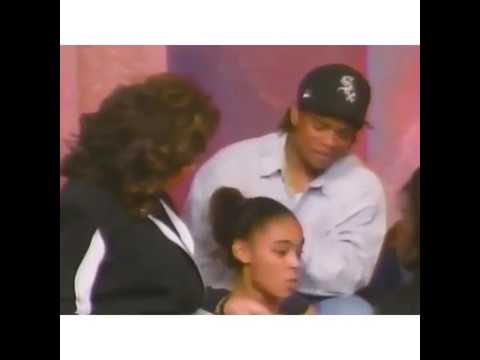 We regret to inform you that “But What About Harvey Weinstein, Tho?”—the bizarre and increasingly popular defense of R. Kelly, Russell Simmons, Bill C [...]
Read More
BUY NOW