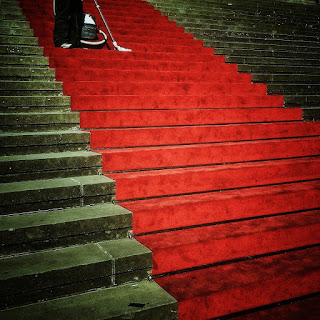 Update: I had left out Whoopi Goldberg.  Well, I went back and forth but initially I decided that since she gets paid to give her opinion I will leave her out.

And I didn’t think that her first statement “attacked” victims. It seemed that she was remaining neutral.  Clearly that is over.

So, tonight after what she said on The View, saying something like this case “could” be like the Duke rape case, I add her name.

I know I left out a few, but I respect your time.

While I fiercely admire the talents of each of these people; on this issue, and this issue alone,  I believe that they are morally wrong.

No.  It isn’t wrong to support your friend.  But since when did it become morally acceptable for celebrities to take such public stances against victims of crime?

BUT they are merely a reflection of who we are on this day.  So they are us.  Well, that means that we must be perfectly positioned to learn something.
For those who don’t know most victims of crime are already in a David vs. Goliath battle.  But when your battle is against a celebrity it is even tougher.

So Celebrity Goliath doesn’t need more giants on his/her side. They already have the law team, the bodyguards, the Olivia Pope PR Crisis Team, and their own previous experience with the media.

Why does Goliath Celebrity need other celebrities to publically jump on their bandwagon?

We know You Know
Listen, people with influence know that they have influence.  You know that your endorsement has power.  It can sell a product to many. It can make people change their behavior or reconsider their behavior.

When I saw a picture of Madonna with lean muscles and twisted into a pretzel, doggone right I got interested in Yoga.  Clearly it had gone through some changes since I last checked.  The following Friday’s paycheck, bought a book on yoga.
Goliath celebrities always seem to have legions of  fans and a public who can’t tell the difference between a person’s talent and the simple question of their guilt or innocence in an alleged crime.

Fans and the public don’t always have justice as their core priority the way that a victim might.   They want their game, television show, or whatever has been interrupted to continue.  Even those who don’t care might say their just tired of hearing about it.

Meanwhile, on a platform that was built on hard work, brilliance, sweat, and perseverance,  some celebrities have called alleged victims names that are degrading.


Can we keep these 4 things in mind from here on out?

1.  Before you put yourself out there, just stand back with the rest of us and observe.Cause from back here we can see something you might not be able to.

You know it is so rare to hear a peep from Goliath Celebrity’s relatives or close friends.   And if we do hear a little something, they certainly don’t go all in like the celebrity pals.  Now, how telling is that?

Shouldn’t that be a clue to all of you celebrity pals? Maybe they know some things. They certainly don’t seem as eager to put everything on the line.

2. Listen, celebrity pals, most victims of crime are dealing with a great deal when the crime becomes known.  You aren’t coming from a position of strength.  You are terrified.  You are ill.

Stretch that into infinity if your body has been violated in any way, sexually or physically.
3.   Be cautious.  It is rarely public knowledge what any person going through trauma is experiencing on the inside. It can be difficult for veteran professionals to get people to put this into words.  We really have to tread lightly and exercise compassion.

Even if you feel certain that the alleged victim isn’t being truthful.  What if this is a person has a mental health disorder?  What if they are in dire need of professional help and community support?

Do you want them going into a therapist’s office in crisis after reading or hearing something that you said?

Do you want them admitted into a psychiatric hospital sobbing hysterically saying, “I feel like everyone is against me, even Celebrity Pal XYZ.  I can’t believe it.  I used to watch them on television.  I used have their music on my Ipod. “

4.     Remember there are a lot of Survivors of sexual violence.  In every single corner of the world.

So, ask yourself, “If I am wrong can I handle the aftermath?”  And don’t ask this on a day where you feel all superhuman.  Been there. Got the trouble.

Ask yourself this on a day when you feel like a real human.

Look celebrity pals you aren’t going to see cases the way that we advocates, activists, victims, and Survivors do.  We didn’t ask you to.

Although I will say that you should be feeling some serious side eye coming through the screen right now.  Y’all  seem to get real vocal when the crime involves domestic and/or sexual violence.

By all means be a friend.  Call your friend.  Visit. Take a casserole. Maintain a close connection to them.  Even develop one if that is what you really want to do.  But what is with the posse stance/pose in public?

Oh well, use your platform for what you want.  You earned it.  And you must be really good at it because you are wealthy.  Oh yeah, and that influence thing.

Still, no matter whose name happens to be in the labels that you wear you still have to wear your first outfit.  The skin you’re in. Compassion for victims of violence and abuse is in every season.

The Lemon Tree: Black Women Singing Through the Pain