How the Hopeless Find Hope Again

My Granny had a saying, “ You have got to reach up and git yo self, now .”  She always said it with such a stern voice.  I think because o...

My Granny had a saying, “You have got to reach up and git yo self, now.”

She always said it with such a stern voice.  I think because of that I missed the love that was within her message.

She would say this to you if you were outwardly distressed, angry, anxious, or having some sort of breakdown. In fact, it was a common phrase said amongst older black southerners.

By now, if you’ve read my writings you know that I spent a large portion of my childhood in the south.  I took love the language and have a special love for black southern culture, language, and storytelling.

So, even now I find that in times of distress I look to that culture, my culture, first, for comfort.
When elder black women like my Granny were commanding you to, “git yo self” they weren’t being dismissive of your pain.

Of course, being far more sensitive decades ago than I am now, I just knew that she was.

Training for the Battles

What she was actually saying, is that your first order of business in any crisis is to locate yourself and where you are.

Whenever I am traveling and I first notice that I am lost, the first thing that I must do is figure out where I am.
Even the GPS navigator can’t help me if one of us doesn’t even know that yet.

What my Granny knew that I didn’t know then, is that even wounded I had battles to fight.
I had to be ready to fight them.
Because whether I was ready or not they were already lined up.

It was what every woman that participated in raising me knew.

How do you get to yourself?

I asked for years. No one would tell me. They don’t tell you because you have to find your own way.

I have a few. I don’t share all of my secret routes.  One of my most reliable I learned by watching.

When what our elders used to get stressed or angry they would sing gospel songs or NegroSpirituals.  If they couldn’t sing, they would hum.

You got to reach down in your gut, your soul and sang. Yes, sang.

Pour out whatever your heart and your soul has to say.

The Bridge to Peace and Unity

Musicians, especially in the 1970s, picked up on this.

A few of the folk songs from that time re-imagined some of the Negro Spirituals and put a new twist on them.
Then they got radio play.

In a way it was all good. It gave folks like school kids and social justice workers songs that they could sing together.

Everyone (mostly) had heard it.

Everyone (mostly) knew the words.

My mother laughed so hard. No she did not answer me.

Then I was in school like, “Wait, is “Kum Ba Yah”; African, Hippie, or a Negro Spiritual?”

My teacher got super annoyed and said it didn’t matter. Between gritted teeth, mind you.

I thought it did because the little girl in the back was a Jehovah’s Witness.

My mind was on one of the greatest social justice leaders to ever live, Dr. Martin Luther King Jr. who was murdered on this day in 1968.

I’m told that a lot of people felt so hopeless on that day that they were certain they would never experience hope again.

I heard somebody say, "They ain't gone never fool me into being that stupid to think that things could change again.
Nope.
Won't get me again.
Look what they did to him.
Look what good it got him."

I know that Survivors are well acquainted with that sentiment.

That feeling of losing all hope and being convinced that you will never locate it again.

Oh but if you keep on placing one foot in front of the other.  In other words if you stay in purposeful motion, you will locate it again.

When I woke up and realized that it was the anniversary of the assassination of the greatest social justice leaders who ever walked this earth it led me to want to introduce to some and remind others about a wonderful part of my culture that gives me so much hope.

I think some people think of NegroSpirituals as depressing or somber. Maybe.

But for millions and for generations of people they have been a source of hope, strength, and a resilience.  An effective tool against suffering, torture, and daily terrorism.

The genre may not be your cup of tea.
But I do invite you to explore ways that you can build your bridges to “reach up and ‘git yo self’.

Then, hear another one of my favorite renditions, from my favorite groups of all time, Sweet Honey in the Rock.

Question: So, what has helped you to find hope again when you felt your most hopeless? 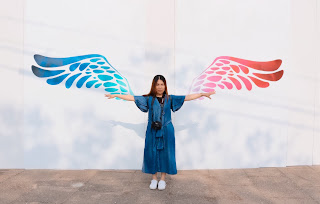 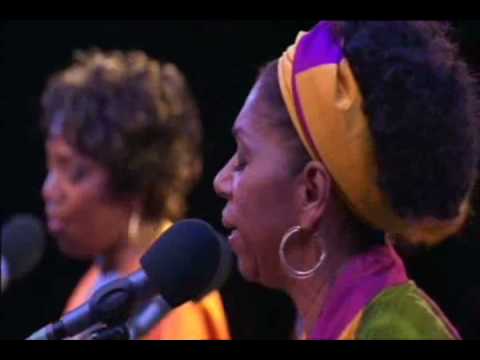