0
This is Where WE Listen: Must Have Books on Domestic & Sexual Violence
Sexual coercion & Social Pressure: Things Have Changed BUT Women Still Don’t Owe You Sex
It’s Anti-Black to Side Up with People Raping Community Members
Follow tonyagjprince & wesurviveabuse

Black women and Black gays were caught having fun again.

We had just watched something beautiful. Something extraordinary. Something that was uplifting the entire Black diaspora, but especially Black Women around the globe.  They showed a few clips on the making of “our song”: “Brown Skin Girl”.

Beyonce’s documentary: The Making of the Gift (the soundtrack to The Lion King

We saw Blue Ivy continue to be a beautiful, nurtured, Black Girl who blooms.  Once again hushing all the voices with platforms large and small for daring to be born come out of THAT womb looking like a Black girl. The ignorant people were disappointed and they said it everywhere; YouTube, social media, on radio, and among friends and strangers alike.

We finally got to see more of Beyonce and JayZ’s twins.  “Ooohs” and “ahhs” flooded timelines everywhere.

We saw Beyonce journey to Africa.  As someone on social media noted; “If you want to incorporate a different culture into your work, you do like Beyonce. You go to those people.”

We actually saw more of how much the heart and soul of Africa went into this project than we saw Beyonce and her family.  That was cool!

Many viewers in America were introduced to African artists we had never heard of. We watched as various people created and incorporated traditional African music and dance into The Lion King: The Gift soundtrack.

All around it was pretty exciting, informative, and entertaining.

#MakingtheGift trended on Twitter through to the next day.

So, yes, it was Beyonce. If Beyonce is there you can guarantee that many Black women will be there too. But also, unless it’s Thursday night and a produced by Shonda Rhymes show is on, Black women aren’t prominently featured on network television.

A good time was being had….by Black women. And that has always been a problem.

Then, they caught us. Having too much fun.

(who also has many Black/Brown fans; including me) took that time to post something along the lines of:

“Wouldn’t it be great if Beyonce mobilized her 133 million Instagram followers to defeat Trump? That’s double the number of people who voted for him!  Thanks for getting to work on that #BeyHive”

The outrage isn’t necessarily about “this” actress in particular.

Folks are outraged at the expectation that Black women can’t just love life without people expecting us to pick up a mop and pail and clean up messes we didn’t make.

It’s as if some people really believe:

Wherever two or more Black women are gathered for fun and celebration, put their Black &**$% to work.

Why else don’t they tweet these types of “great ideas” when Taylor Swift or Katy Perry fans are gathered?

Or, during a women’s march?

Or, during Kim K. and her family’s shows?

During the Super Bowl?

Or, during the Oscars?

Frustration sets in strong when you realize that there are women who are considered too Black or Brown to cover in mainstream-media should they ever go missing.

There are only a few non-Black or Brown voices who speak up when Black women need more voices.

And, there are maybe two or three white women with large platforms who consistently speak up for Black women.

People only speak up for Black women when it benefits them.  When they might get something out of it.

Who speaks for Black women if we don’t.

There is a saying among Black women: The only one who got us is us.

Sounds awful right?  We don’t like how true it is either.

Finally, Black women work extremely hard. Extremely hard.  Yet, too often our labor brings liberty and freedom to everyone else but us.

Random Thoughts That Come to Mind Every Time, Because, YESSSSSSSS, It Happens ALL OF THE TIME:

<Stop banking on the labor of Black women to come through for you.

Work is being done!

< It’s an age-old algebraic life formula: If, #BlackWomen are having fun

Then, People will come from anywhere and everywhere to police it. Leave us alone.

2. To think about others when they vote.

3. To think about their own best interests at the poll.

Until next time, because unfortunately; there is always a “next time”.

This All Started with Words (video w/quotes) 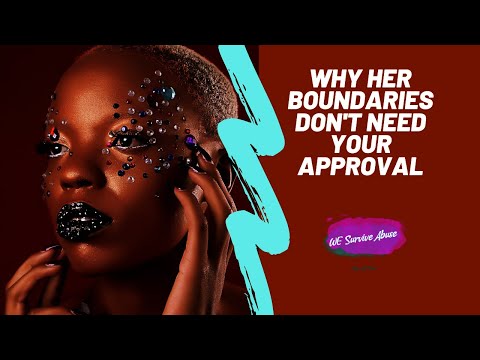